The Bodegas Eylo and Bodegas Val de Vid were founded in 1996 by Jose Antonio Merayo in the Rueda region to produce high-class elegant white wines in northern Spain. On the hillsides of the Duero River, the Verdejo grows predominantly on chalky soil, supported by the white grape variety Viura (Macabeo), which is also known from the Rioja and Catalonia. The high temperature differences between day and night ensure the coonessl and freshness in the white wines, which is really rare for the hot climate of Spain.

Two wines are produced under the Bodegas Eylo label. The Cuvée Eylo consists of Verdejo and 15% Viura, the Condessa Eylo is a 100% Verdejo. Both wines are wonderfully lively and tasty in the best sense. They are also characterized by a great price-quality ratio . 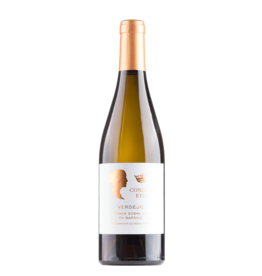