From a qualitative and quantitative point of view, Rioja is one of the most important wine-growing regions in the world. The vines grow on around 63,500 hectares, the proportion of white varieties being less than 10%. Nevertheless, one should not underestimate the quality of white Rioja. Originally from the native vines of Malvasia and Viura , these can have an astonishing complexity and longevity , which is in no way inferior than the red wines. As with these, the traditionally prepared whites also have the names Crianza, Reserva and Gran Reserva, which define the storage time in barrels and bottles before the wine has been released for sale.

In addition, fresh white wines for early consumption (Rioja Blanco) are produced in the Rioja, which is often quite inexpensive and satisfiying . 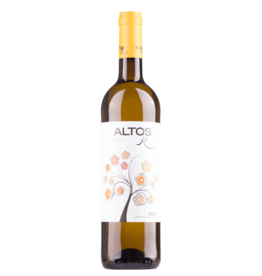