The Douro Valley is not only one of the most beautiful wine landscapes in the world, it is in addition to the famous port wine production, an exquisite growing area for dry white and red wines. The owner of Churchill's, John Graham, bought the Quinta da Gricha in 1999 and launched his first wines in 2004. He comes from the famous port wine dynasty W.J. Graham, one of the best Port wine houses ever, which was sold by his father in the 1970s, however. In 1981 John Graham founded his own Port Wine House Churchill, named after his wife, who is a distant relative of Sir Winston Churchill. The characterful and high-quality Churchill wines are in great demand today and highly rated in international wine press. 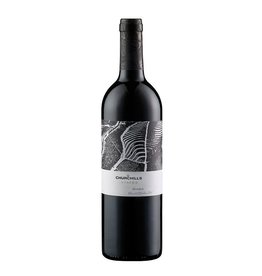 full-bodied
2017 Douro Estate Tinto, Churchill's
€14,95* €19,93 / Liter*
* Incl. tax Excl. Shipping costs
By using our website, you agree to the usage of cookies to help us make this website better. Hide this message More on cookies »