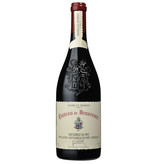 The Château de Beaucastel is a classic among Châteauneuf-du-Pape wines, famous for its quality and aging potential. As one of the few wineries here all 13 approved grape varieties are grown and used in the final cuvées. In addition, it has a high proportion of Mourvedre, which makes it darker and more structured than Grenache-based wines, which are the rule in Châteauneuf.

The 2018 vintage is great again, just like its three predecessors, the region seems to have leased luck at the moment. Beaucastel has probably made the most elegant 2018 Chateauneuf-du-Pape of all the major producers, which is due to the old vineyards and the high proportion of Mourvedre. The press is once again enthusiastic, Parker awards 95-97, the Decanter magazine 95/100 and praises the muscular structure of this great wine. 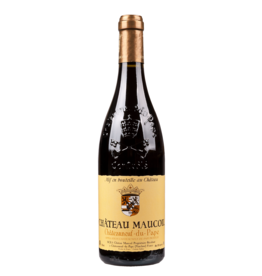 organic Chateauneuf
2016 Chateauneuf-du-Pape Tradition, Maucoil
€29,50* €39,33 / Liter*
* Incl. tax Excl. Shipping costs
By using our website, you agree to the usage of cookies to help us make this website better. Hide this message More on cookies »