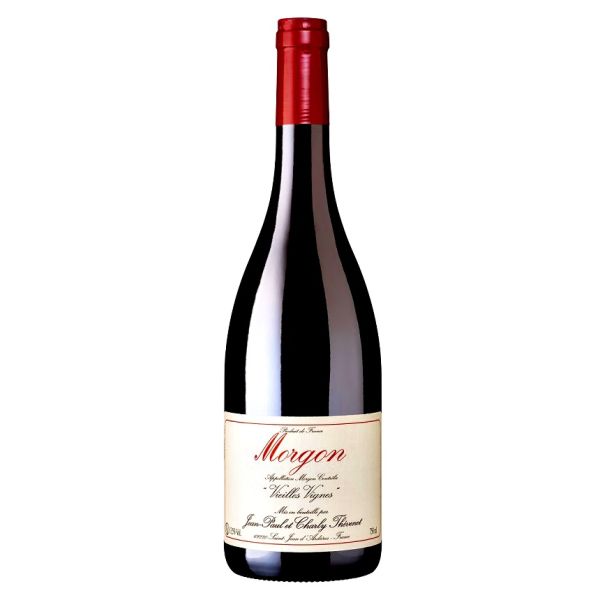 The Morgon is considered a powerful and long-lived Beaujolais Cru, which reminds in taste of a Pinot Noir with bottle ageing. The Domaine Jean-Paul Thévenet owns on average 70-year-old vines, which are also planted very closely, thus forcing the roots into the deep and keeping the yield per vine low, which is beneficial to the quality. Jean-Paul is the father of Charly Thevenet, who markets the Morgon up to and including the year 2017 under his name, from 2018 Charly takes over the entire Domaine.

The statment from winemaker Charly Thevent to his 2019 Beaujolais Crus: "I thought 2017 was my best vintage so far, but 2019 is on a different level! Vegetable aromas, peony, spice, cumin, violet, raspberry, wild strawberry ... a rare complexity; I cannot believe that we have made such wines! It seems that we are on the right track and that our work in the vineyards is gradually paying off. "

Antonio Galloni from VINOUS describes the 2015 vintage as follows: "in 2015 he produced one of the monuments of the vintage". In the meantime, the first rating for the 2016 is here: 95/100 by Jamie Goode!