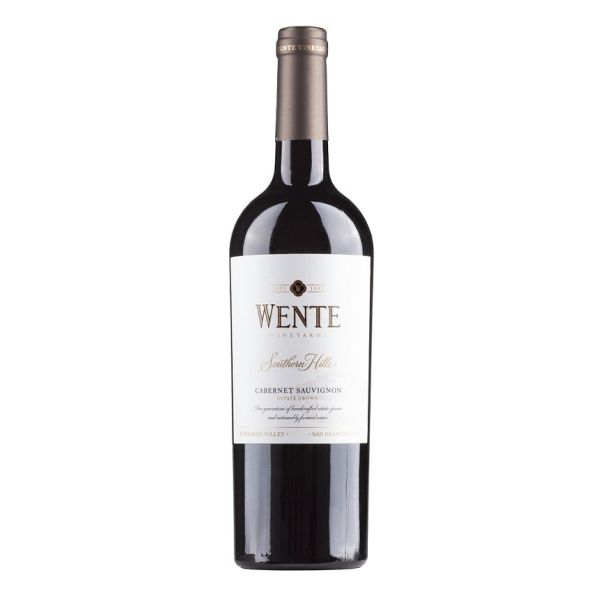 The Cabernet Sauvignon from Wente Vineyards is, strictly speaking, actually a cuvee dominated by Cabernet, in which also Californian Influences such as the Petite Sirah and Zinfandel grape varieties play a small role. It grows at Wente in the warmest slopes of the southern Livermore Valley, which gives the Southern Hills Cabernet its name. Two different Cabernet clones thrive on these stony soils with very good drainage, whose ancestors were brought to California in the 19th century by Charles Wetmore from Margaux in Bordeaux.

12 months the Southern Hills Cabernet Sauvignon matures partly in new and used French and American oak barrels, a proportion of the wine was aged in tanks to emphasize the fruit intensity. It combines power, ripe fruit and spice, as one would expect from a high-quality Cabernet from California.

The result is an intense Cabernet with notes of ripe dark berries, cherries and plums, accompanied by fine wood tones such as vanilla, coffee and roasted notes. On the palate it is voluminous, soft, concentrated and equipped with a long-lasting finish. A great wine at a reasonable price.