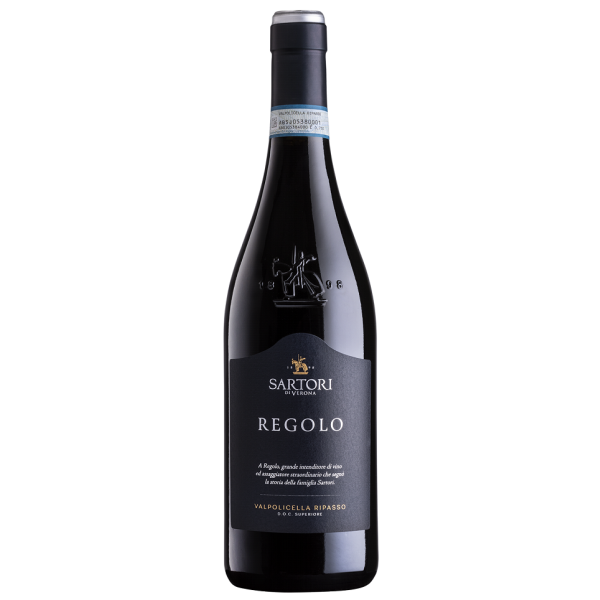 Sartori's Regolo has been upgraded since the 2019 vintage. He is now a Valpolicella Ripasso Superiore DOC and no longer a Veneto IGT. Incidentally, it takes its name from Mr. Regolo Sartori, who managed the winery until the early 1950s and paved the way to the important company it is today.

Corvina, Corvinone and Rondinella grapes grow in the hills of Valpolicella, north of Verona, on clay/limestone soils. This wine is made using the Ripasso method, which means that after normal fermentation, the wine is aged on the Amarone skins, giving it the typical Amarone raisin aromas and greater intensity. It is then aged in large wooden barrels for 18-24 months, after another 6 months in the bottle it is released for sale.

The Sartori Regolo Ripasso smells intensely of cherries, cinnamon and vanilla, accompanied by a delicate hint of raisins. It is voluminous on the palate, but always well balanced and has a long-lasting finish. Due to its substance and richness of taste, it easily keeps up with intensive stews, it also goes well with game and spicy cheeses and Italian salami or even with pizza.