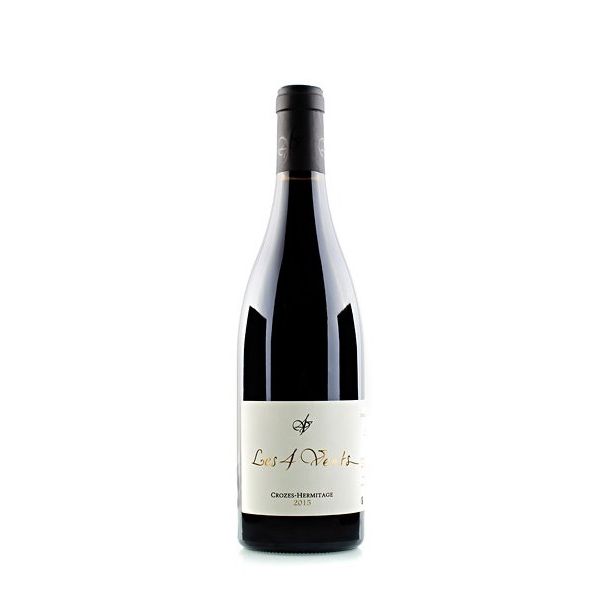 Lucie Fournel took over her parents' four hectares of vines in 2006, which traditionally had their harvest processed by the Cave de Tain l'Hermitage cooperative. For Lucie, the only option was self-marketing, as she always saw how her parents carefully worked on their vines and how the excellent grape material was then processed into a mediocre mass-produced wine in the cooperative. She switched to organic farming and launched her first self-produced harvest in 2010 under the name Domaine Lucie. Sister Nancy has also been working in the winery since 2013, and since the 2015 harvest the winery has been called Domaine les 4 Vents. In the same year, the parents' six hectares of vines went into production, so that the vineyard area grew to today's 10 hectares in the AOP Crozes-Hermitage, of which 9 are planted with the red Syrah and one hectare with the white wine Roussanne. In the meantime, some Marsanne seems to have been added.

The wines are produced as naturally as possible, including 100% hand harvest, no artificial fermentation yeasts and only a small amount of sulfur in the cellar. The wines of the Domaine des 4 Vents are precise, aromatically crystal clear and unusually soft and rich in extract for a Crozes-Hermitage. The "Les Pitchounettes" series is fruity and full of charm, the higher you climb in the hierarchy, the deeper and more powerful the wines become. Today, these wines are among the best of the entire AOP Crozes-Hermitage. They are better and more substantial than many a Hermitage. What the two ladies conjure up on the bottle is really remarkable. The work here is extremely careful and precise in the vineyard and in the cellar. The wines are still an insider tip, but the amount produced almost never lasts until the next harvest. The rare white Crozes-Hermitage La Rage, made from 100% Roussanne by the way, is usually sold out just a few weeks after it was released.