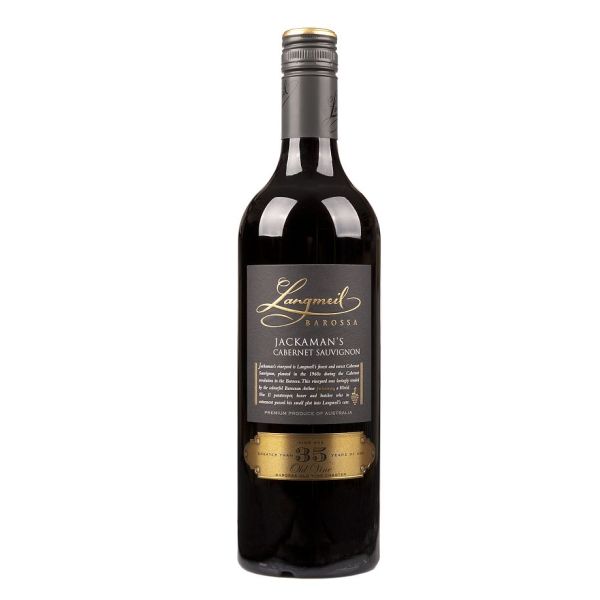 Langmeil has defined the Jackaman as their top Cabernet, which is given the greatest possible care and 50% new barriques. A rich red wine with a full body, ripe cassis fruit and a beautiful use of wood, which is reflected in a pleasant note of vanilla in the long finish. A Cabernet like velvet and silk.

The 2018 vintage is characterized by an intense cassis and blueberry aroma, the aromatic French oak and a hint of liquorice round off the bouquet. Ripe dark berries and some cedar wood dominate the palate, the noble barrique notes can be found again in the long and velvety finish.

In Robert Parker's Wine Advocate it says about the 2018 Jackaman's: "The dark-purple 2018 Jackaman's Cabernet Sauvignon—sourced from vineyards in Lyndoch and Light Pass—is a marvel of cassis-fruit purity, framed by barely detectable French oak (51% new). Medium to full-bodied, it's supple enough to be approachable now, but it really deserves four or five years of cellaring, just to allow the flavors to evolve from primary simplicity into secondary complexity. Rich and velvety on the finish, it appears capable of up to two decades of positive evolution. 94/100."