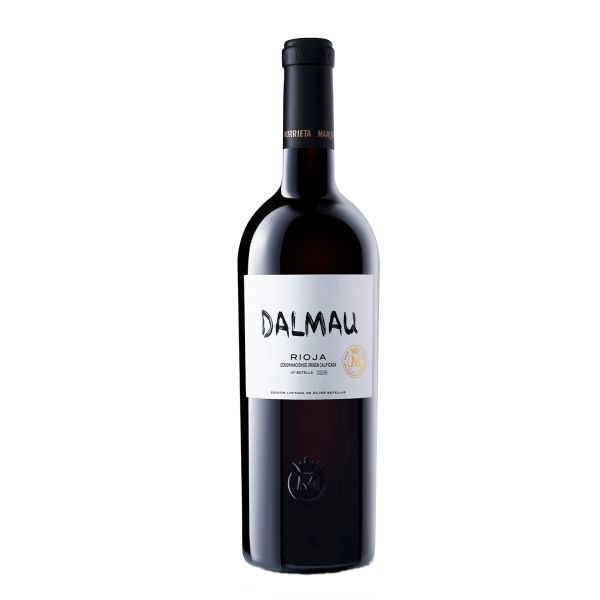 The Dalmau Reserva of Murrieta is a modern type of a Rioja premium wine, deep-dark, enormously concentrated and powerful, on the other hand, it follows the tradition before the pre-phylloxera era to use Cabernet Sauvignon in the Rioja. In this epoch (from the beginning of the 20th century to the middle of the 1920s) legendary wines were produced, of which the best are today still in very good kondition. Although the use of Cabernet Sauvignon is not allowed in the Rioja, the exception was permitted, since the Cabernet vines at Murrieta are older than the production guidelines of the Rioja.

The 2016 Dalmau Reserva is a great wine with enormous density and the depth of ancient vines. It is not only a power pack, but also enormously complex and complex. A modern Rioja monument with a very long storage potential.

Tasting notes for the 2012 vintage, Frank Rembold July 2017: dark color. A lot of new oak, French oak, intense ripe fruit, a touch of cassis. Concentrated, not too sweet-fruity, as I had feared after the nose, has a lot of presure, a great length and high quality tannins, while nothing has even a trace of exaggeration. Should mature well. The Dalmau is however rather a wine for the Supertuscan fraction than for the Bordeauxlovers. I would like to taste it again in  10 years. Great wine!