As you would expect, Château Belgrave produced an outstanding 2015 with a juicy bouquet of ripe black currants, cherries and a fine oak scent. On the palate it shows ripe tannins and a nice opulence in the juicy fruit, a relatively soft style for a young Médoc, it will not take too long to reach its first drinking phase. Again, a very successful Grand Cru Classé, which is still in the affordable range.

Château Belgrave is located in the Haut-Médoc and was classified in 1855 as a 5th Growth. Actually, it is almost a Saint-Julien, as the vineyards border directly on Chateau Lagrange. In 1979, the Negociant (trading house) Dourthe acquired Chateau Belgrave and subsequently invested large sums of money to advance the quality of the wines. Significant part in the success has oenologist Michel Rolland. Château Belgrave is a bargain among Grand Cru Classé today. 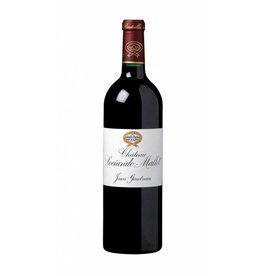